Along with proteins and nucleic acids (DNA/RNA), all other types of biomolecules and chemical components, such as medications or drugs, can be immobilized on microarrays. ELISAs and swab tests for determining drug classes are widespread in this case. Applications for small compound microarrays include the identification of patient autoantibodies against medications, such as heparin, or specific microarrays for the simultaneous detection and quantification of drugs in serum and urine.

Using the same approach as is used for the protein and peptide microarrays, the small compounds are immobilized on slides and incubated with the serum or urine of the patient. For a number of substances, detection can be carried out by the direct use of antibodies. Many of the small molecules, such as medications and drugs, have a molecular weight of less than 500 Da. Small molecules like this cannot, as a rule, be detected using a sandwich assay. In order to detect these molecules, a competitive approach is chosen.

This technique has been used in ongoing projects to detect drugs simultaneously in a serum. To do so, a total of 9 different drugs were immobilized as a drug BSA conjugate. Specific antibodies and different drugs were then added to the serum, with which the microarray was incubated. If the serum contains drugs, then these suppress the binding of specific antibodies to the immobilized drug BSA conjugates. When the concentration of the drug in the serum increases, a signal decrease is observed. 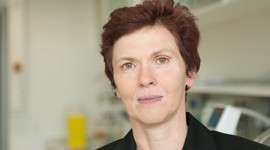